The International Hall at the University of Al-Jazeera in Wad-Madani launched the workshop on enhancing the livelihoods of agricultural families in the Gezira through transformative partnerships between the Food and Agriculture Organization and the Ministry of Irrigation and Water Resources, in the presence of the Minister of Irrigation and Water Resources, Mr. Deputy Minister of Agriculture ,The Director General of the Hydraulic Research Center, Al-Jazeera University professors, and the engineers of the Agricultural Research Commission, represented farmers and a number of researchers in various institutions. The Minister of Irrigation and Water Resources addressed the crowd, emphasizing that the Ministry is currently pursuing a scientific method in increasing production and productivity that enhances the livelihood of producers in the project , and reaffirming the possibility of doubling the wheat crop in the next winter season from 400 thousand acre to 800 thousand acre.

For his part, the representative of the FAO in Sudan, Baba Ghana, emphasized the importance of working within the framework of the cooperative program signed by the organization with the  government, partners and civil society organizations to identify development priorities pointed to many important aspects in the agricultural sector in Sudan, including raising the level of income of farmes, increasing employment, in addition to enhancing food security, reducing poverty, increasing exports, and strengthening the links between agriculture and other economic sectors.

Professor Abu Obaida Babakir, General Director of the Hydraulic Research Center, presented a historical overview of the center's establishment and its establishment, reviewing the center's various activities. He pointed out that the objective of the workshop was to strengthen the livelihoods of agricultural families, in addition to providing a database that contributes to the optimal use of water and increasing productivity.

The workshop also discussed a number of working papers. The first paper was about the agricultural 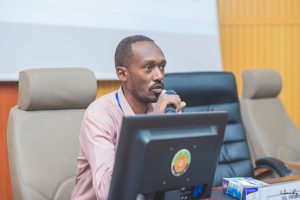 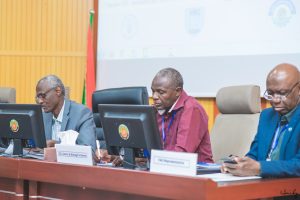 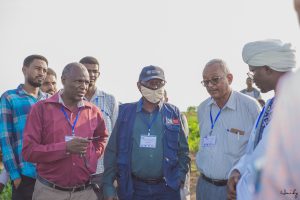 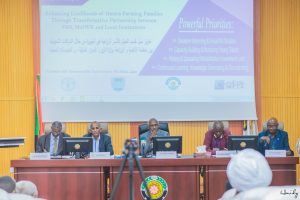 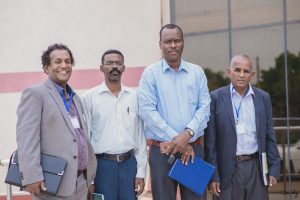 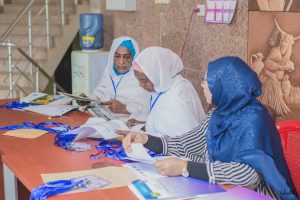