Introduction
The annual natural flow of the Blue Nile is about 48 at the border and 52 Billion m3/year at the confluence with the White Nile. This is about 60% of the total Nile flow. However, the flow of the Blue Nile is quite seasonal. About 80 % of the flow arrives during July to October. The peak discharge may reach on average 16,000 Mm3/month during the flood month of August, but drops to 300 Mm3/month on average during the dry month of March. The seasonality of the flow has significantly limited agricultural development to the available stor-age in the two reservoirs of Roseires and Sennar. 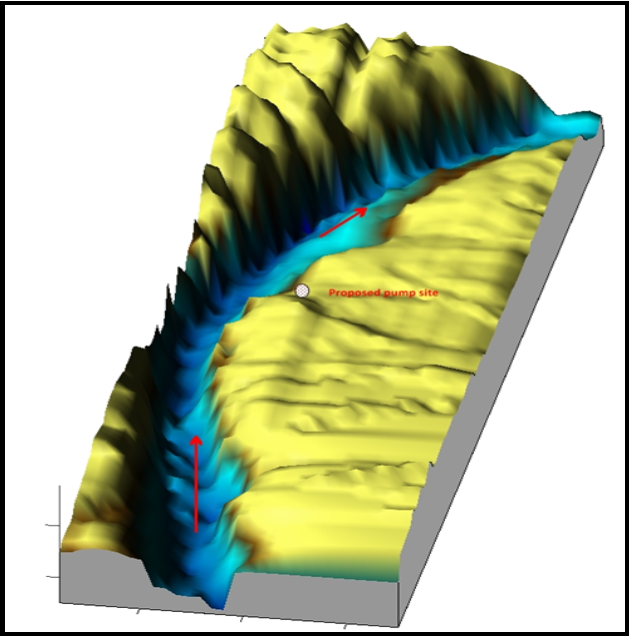 Study area
The study on the hydrology and morphology of the Blue Nile River in the reach between “El Wahaa Scheme Pumping Station”, and “Saeed Scheme Pump-ing Station”. The information presented here is used to recommend the most suitable pumping site for the newly proposed “East Nile Scheme”. The scheme is located on the Eastern side of the Blue Nile river, near Wad Rawa Town. The East Nile Scheme planned to irrigate an area of 240,000 Fedans. T he Hydraulic Research Center (HRC) has implemented this study based on the contract signed on 29 April, 2014, with the Client “Boshan Machinery & Equipment Imp. Ex p. Corporation”. 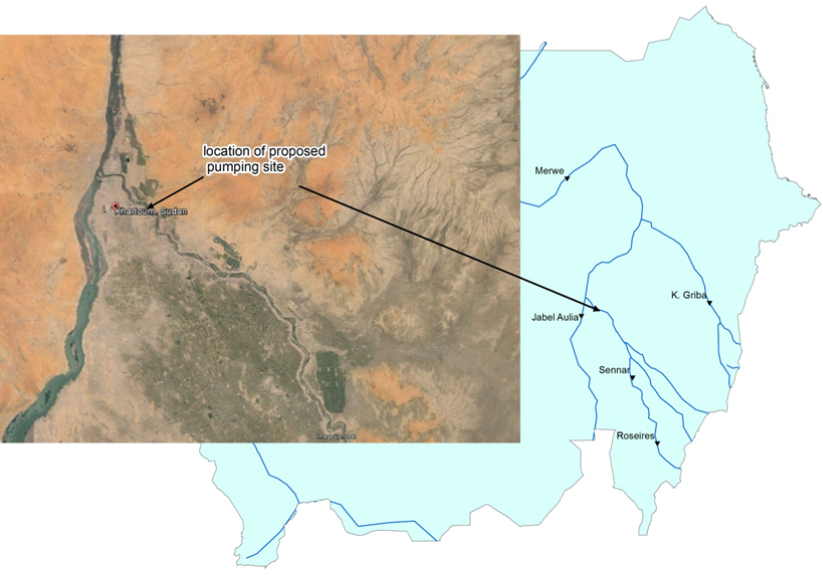 Objective
The main objective of this study is to carry-out hydro-graphic survey at the Blue Nile River within a reach bounded by Al Wahaa Agricultural Scheme pumping site and Saeed Scheme pumping site, in order to select the best pumping location for the East Nile “Sharg Al Neel” Scheme. 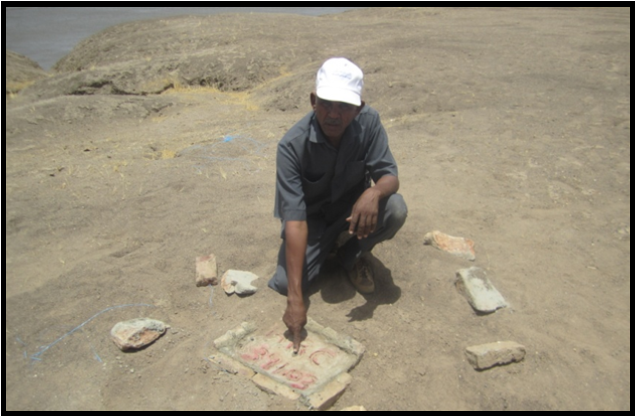 The Scope of work (SOW)

1. Hydrological analysis for the Blue Nile flow in
the study area, both water level and discharge.

2. Hydrographic survey for a reach of 6 km (between the two existing pumping stations).

5. Some photos and interviews with villagers. 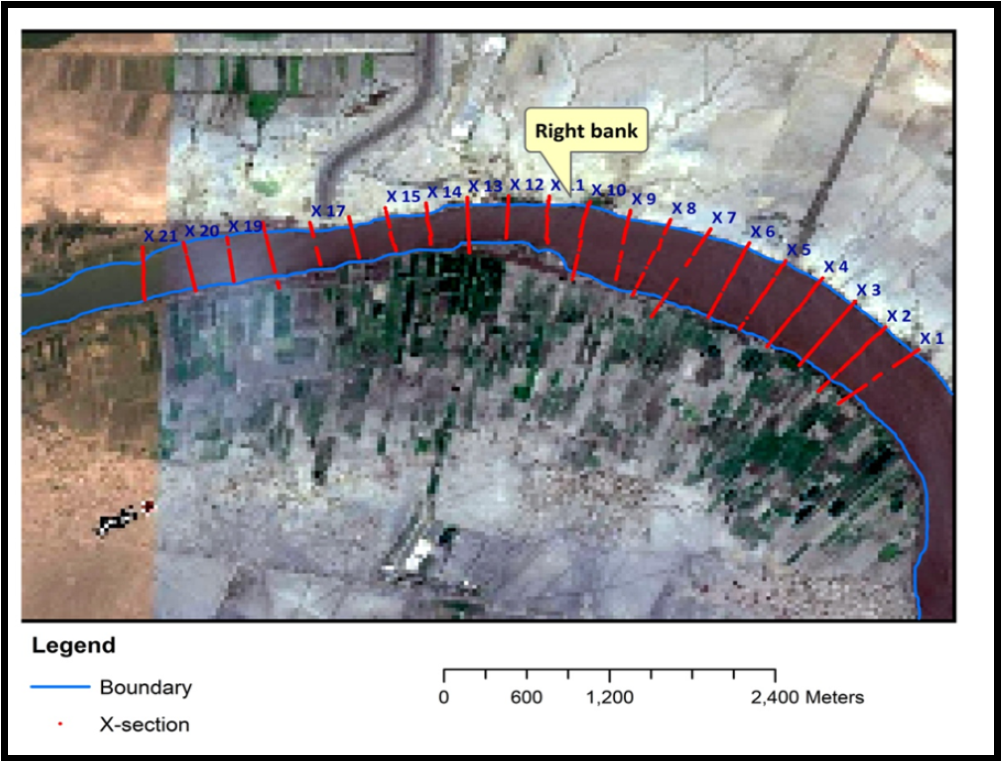 Expected outcomes
The study is expected to reveal the following findings about the area of interest: 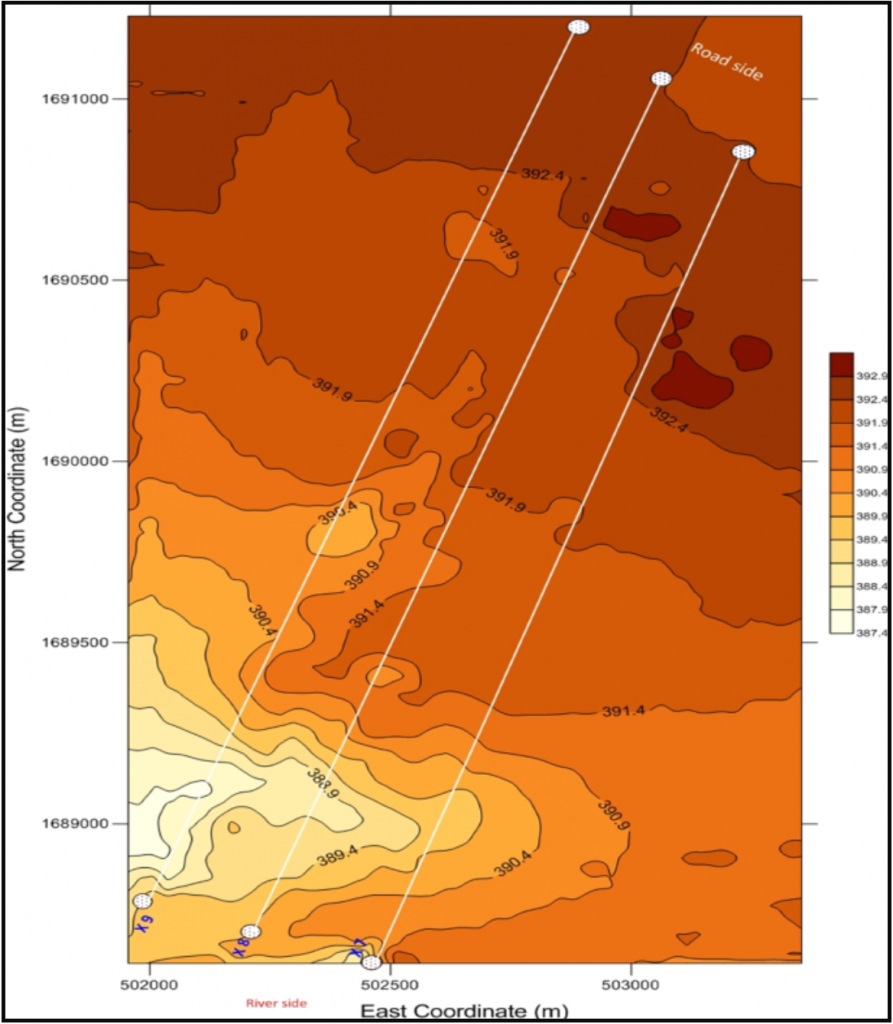