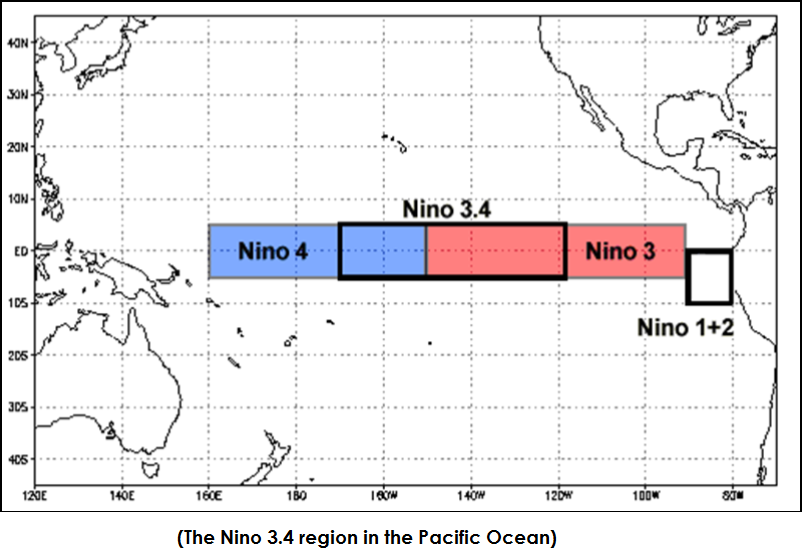 The method used in this study is based on the relation between the SST in the Pacific Ocean in region Nino 3.4 and the discharge of June, July, August, September (JJAS) of the Blue Nile River using the standardized indices for average SST in different quarters among the year with the standardized discharge indices during the flood season. The best correlation was considered for the prediction of the 2016 flood season .

The highest and the best correlation is over the quarter JJA with coefficient (R = 0.57). Using the ENSO forecast which are done by the IRI to estimate the average SST before the start of the season and using the equation resulted from the correlation between JJA SST and the discharge of JJAS provided that the discharge of the Blue Nile River for 2016 is likely to be above average discharge . 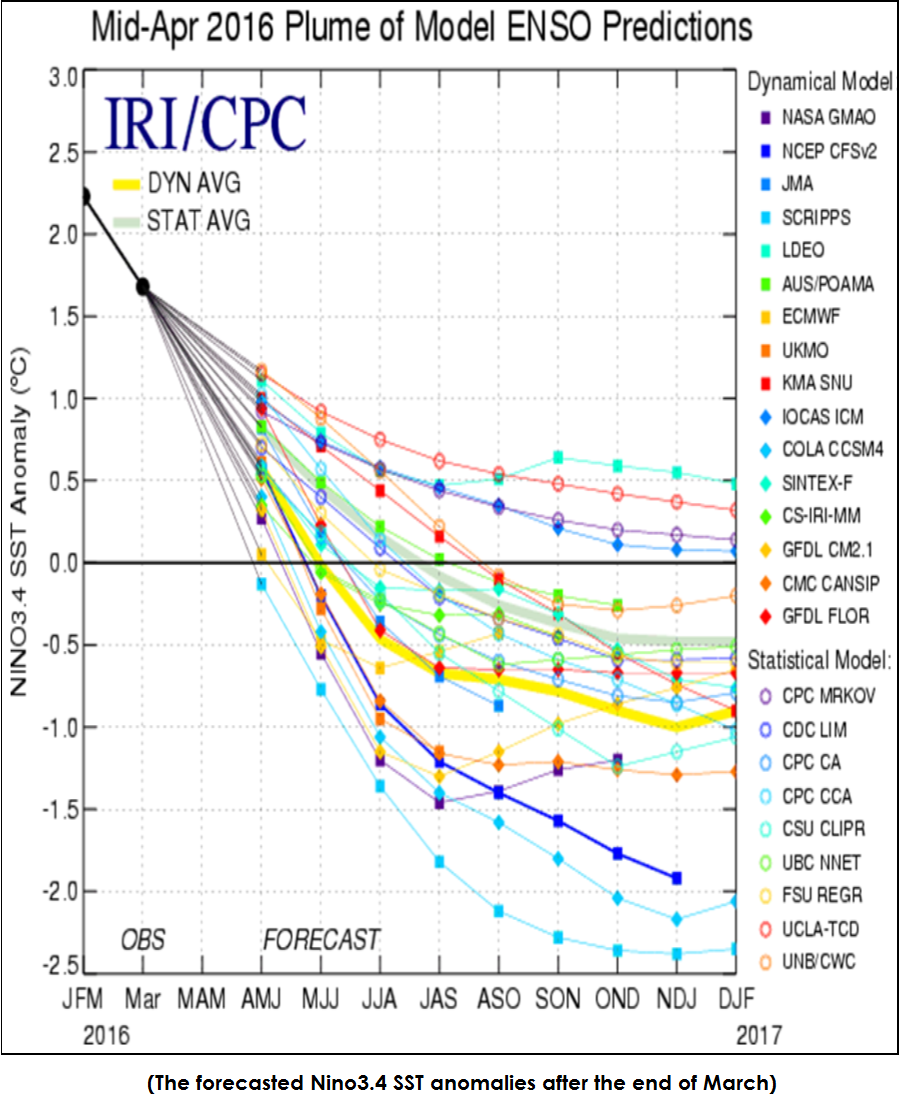